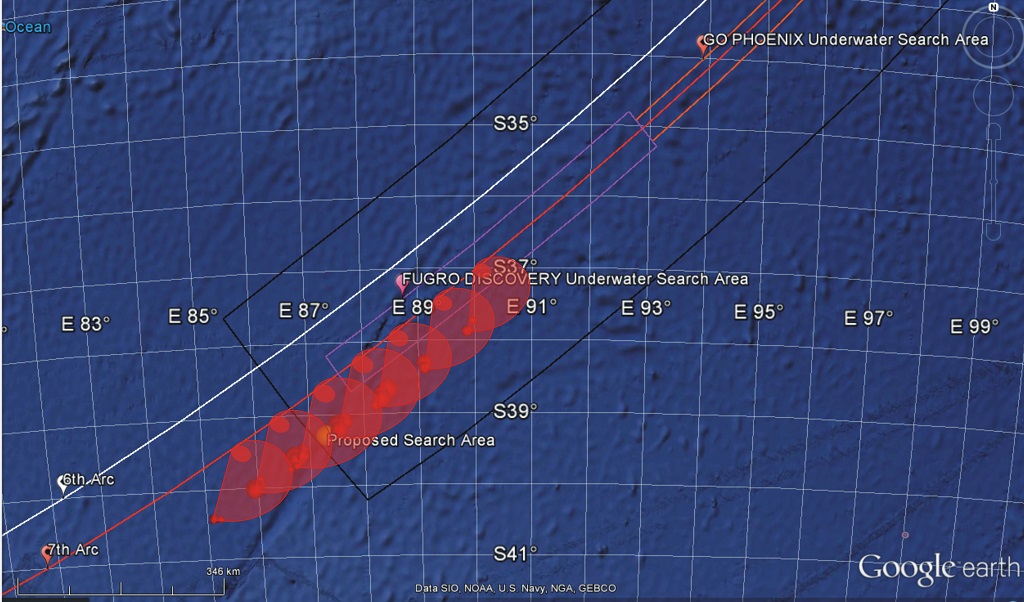 Abstract: In the aftermath of the disappearance of the Malaysian 370 (MH370) flight in March 2014, new positioning methods were employed to establish the search area. In the absence of all other positioning technologies (Transponder, Radio communications, Radar), these innovative methods are based on the handshake signals between an INMARSAT satellite and the satellite transceiver on board the aircraft. The log of these signals was made public in order for the scientific community to engage in solving the mystery of the MH370 trajectory. The log indicates the delay between the interrogation and response signals, as well as the relative velocity indications, based on the shift of the carrier frequency due to the Doppler-Fizeau effect. This paper puts forward an original, independent and accurate positioning method and allows the calculation of the MH370 trajectory considering the wind vector field that day, the accurate satellite orbit and an accurate model of the Earth (the WGS-84 ellipsoid). The results were compared to other results published, indicating a different final position of the aircraft from the locations of the published search area.

The article won the Richey Medal 2017 of the Royal Institute of Navigation, London.