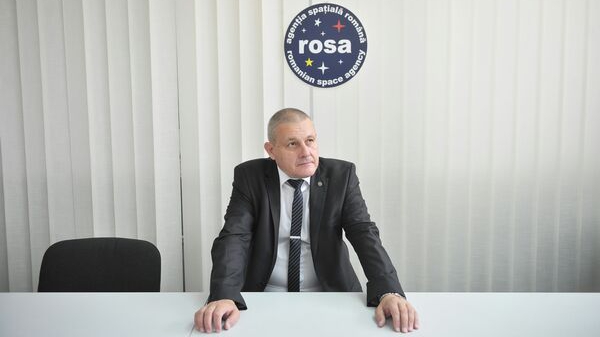 Based on the proposal of the Faculty of Aerospace Engineering, the Senate of the University Politehnica of Bucharest awards the title of Doctor Honoris Causa to the President of the Romanian Space Agency, Dr. Marius Ioan Piso. The ceremony will take place in the Senate Room on Friday, September the 13th, 2019, at 13:00. We invite the academic community to join us at this event.

Marius-Ioan Piso is the leading personality of the Romanian space scientific research, serving as the head of the Romanian Space Agency (ROSA). Since 1998 he is Research Professor in the Institute of Space Science Bucharest. He took the degree of Doctor in Physics of the “Alexandru Ioan Cuza” University of Iasi in 1994 and he graduated the “Babes-Bolyai” University of Cluj with a degree in Physics. In 1999 he graduated the National Defense College in Bucharest. Since 1990 he worked for the establishment of the Romanian Space Agency and became its first executive director since 1995 and appointed President and Chief Executive officer since 2004. He did early work in gravitational radiation and space-time physics. He also performed experimental work in motion measurement and developed a class of inertial sensors and actuators with nanomagnetic fluids, authoring more than 20 patents and 40 papers.