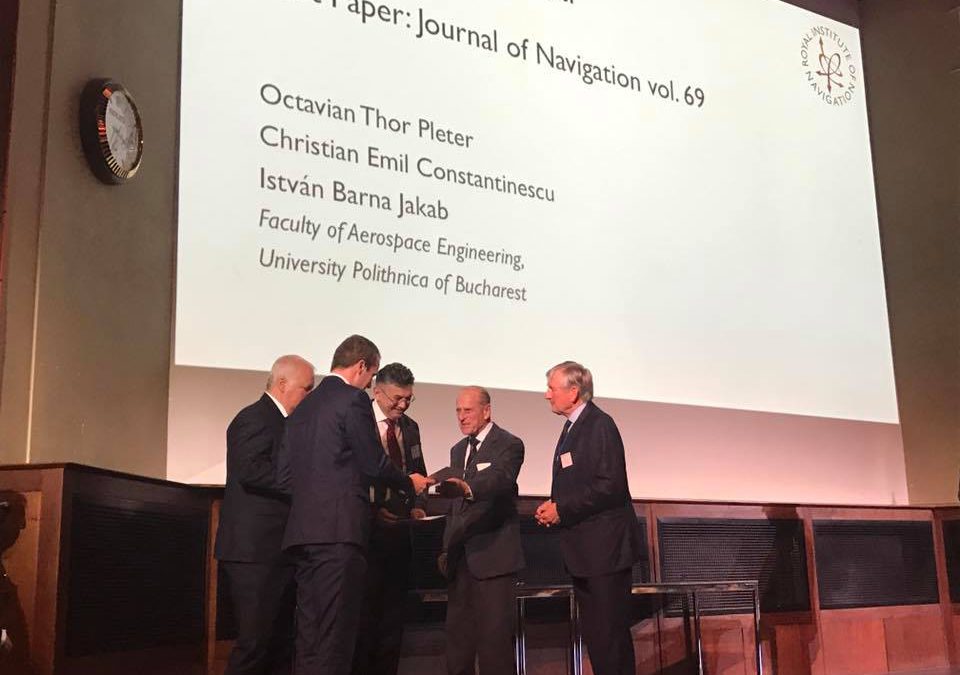 The 2017 Richey Medal of the Royal Institute of Navigation was awarded to a team of the University Politehnica of Bucharest, Faculty of Aerospace Engineering. The medal is awarded annually for the best scientific paper published in the previous year in the Journal of Navigation, Cambridge University Press, on the basis of the vote of the researchers and specialists of the field. The Romanian team consists of Octavian Thor Pleter, Cristian Emil Constantinescu and Barna István Jakab.

His Royal Highness Prince Philip Duke of Edinburgh awarded the distinction in the General Assembly of the Royal Institute of Navigation, held at the Royal Geographical Society, London, on 18 July 2017. It is a recognition of the Romanian aerospace engineering school. It was an emotional moment, and the fact that HRH will retire from public life made it even more so. 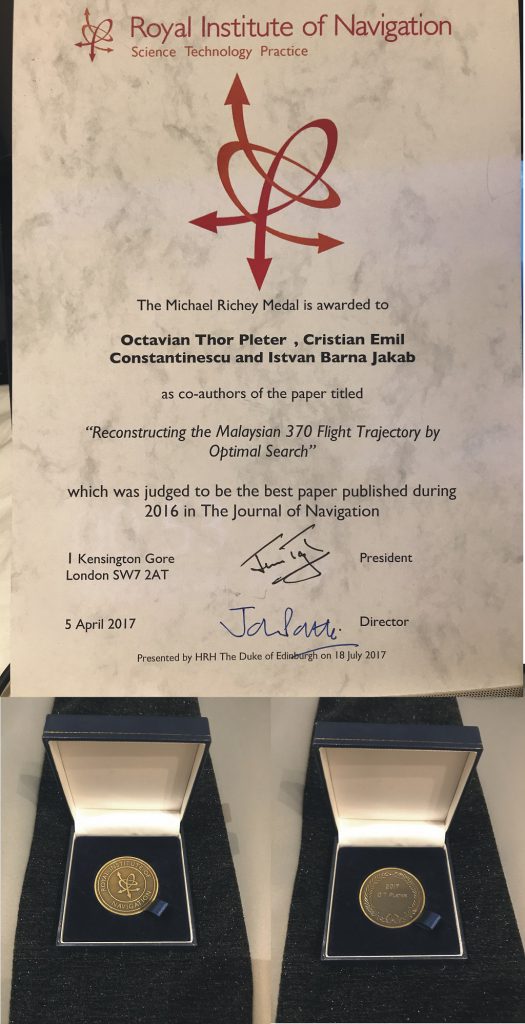 Octavian Thor Pleter, who leads the team who wrote the article ”Reconstructing the Malaysian 370 Flight Trajectory by Optimal Search”, had the following comment:

”MH370 is perhaps the greatest mystery of our time. The Royal Institute of Navigation and the Journal of Navigation led the engagement of scientists into this sensitive and challenging subject. The Chris Ashton team’s paper[1] (which got the Richey medal last year) was so creative, so brilliant, and so inspiring, probably one of the greatest and highest ranked scientific papers.

Scientific research should leave the confort zone of abstraction and get engaged in socially relevant topics, such as this mystery. Michael Richey himself is an example of a courageous scientist, with a pragmatic approach, confronting reality, sometimes taking liability for research. This is the problem-solving kind of science that we follow.

A real problem is like a hologram. It touches many disciplines, it contains in a small sample the whole complexity of the world. If we specialize too deeply, too narrowly, problem-solving science gets harder. That is why we try to keep learning various subjects, we foster our curiosity and we try to be multidisciplinary.

We see this medal as a recognition of the scientific research at the Faculty of Aerospace Engineering of the University Politehnica of Bucharest, Romania, where we belong.

We are very grateful to the Journal of Navigation editor and peer reviewers of our paper, to the Royal Institute of Navigation for this reward.

We worked for one year and a half to make these calculations, and we trust they are right and indicate the area where the MH370 wreck will be found. We were surprised that the search was suspended before the area we calculated being fully covered.” 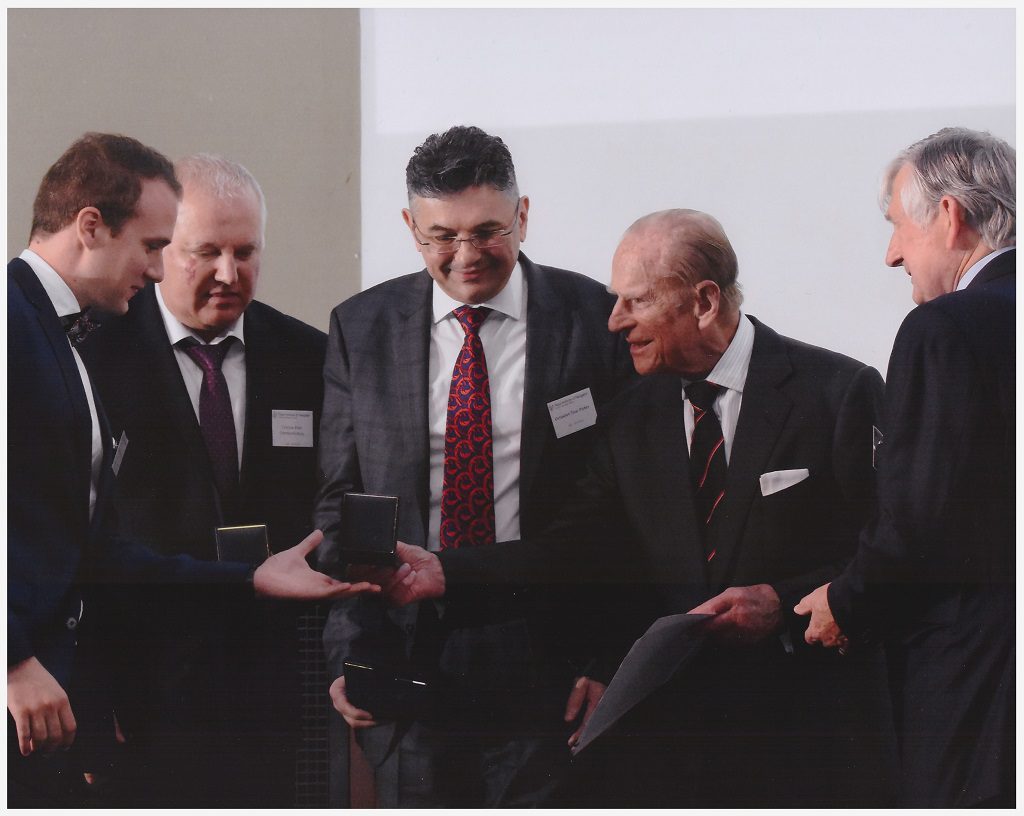 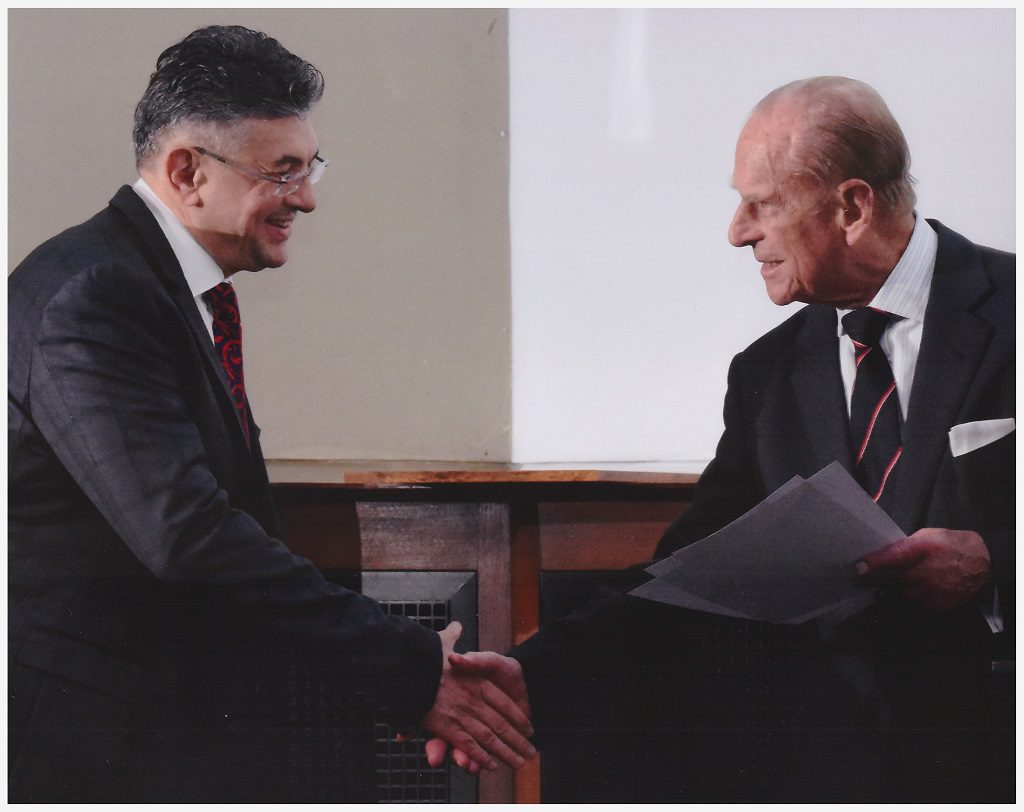 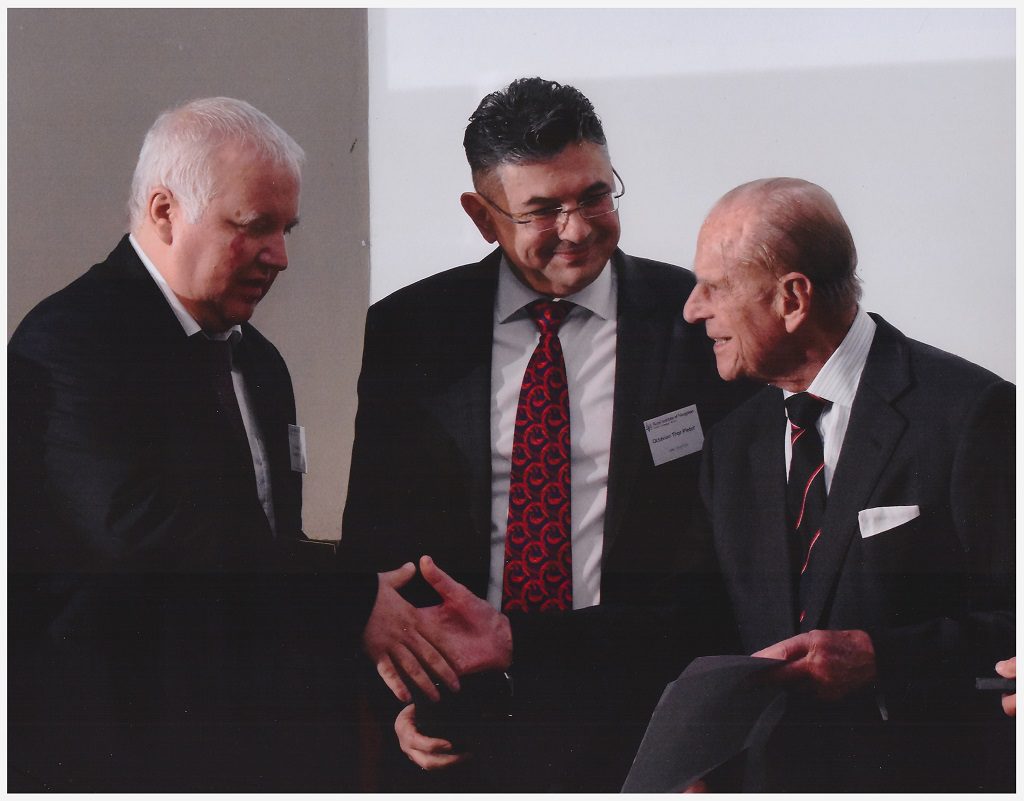