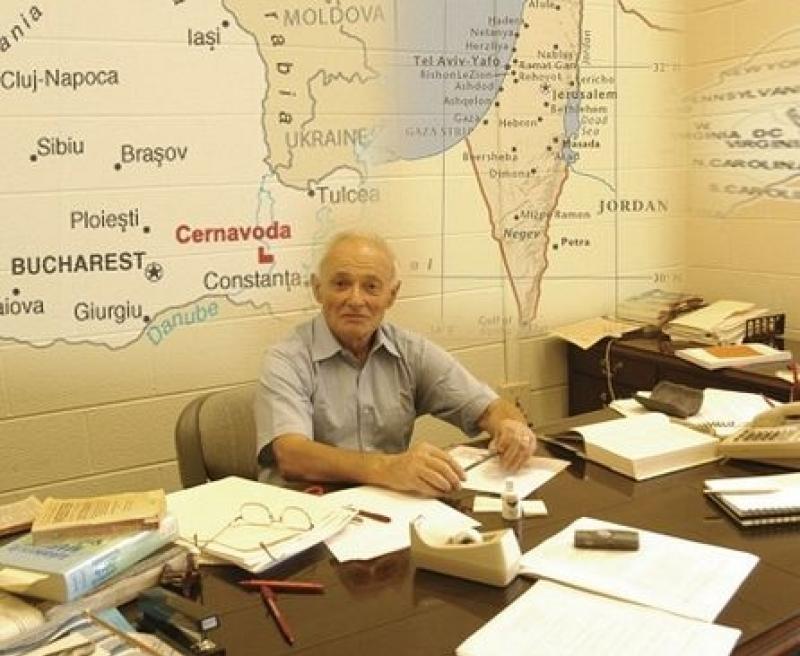 – the hero from Virginia Tech University-

Liviu Librescu is one of the most renowned graduates of the Faculty of Aerospace Engineering from Bucharest, with which we pride ourselves for his academic successes and honors received, but especially for his courage and devotion towards his profession until literally his last breath.

Among exceptional professional results, Liviu Librescu can be admired for the fact that he is a survivor of the Holocaust, the professor indulging hard times as a Jew in World War 2. Still, once the war was over, Librescu looks forward to the future with hope and confidence, wishing to become an engineer. Thus, not after long time, he graduates the Faculty of Aerospace Constructions from Bucharest, and then he continues his studies with a PhD at the Romanian Academy of Technical Sciences.

In 1978, Mr. Librescu leaves Romania for Israel, where he performs as a professor for seven years at University of Tel-Aviv. After that, he accepts an offer of one year visiting professor in the United States of America at Virginia Tech University, Engineering and Mechanics Department, where he will settle in the end with his family.

In another order of ideas, Liviu Librescu gave his life for science, exerting his career as professor with devotion and professionalism until his last moments. These being said, in 16 April 2007, Cho Seung-hui, student of Virginia Tech University, starts an armed attack with a machine gun in the same building  where the Romanian performed his solid dynamics lecture. When he hears the shots on the hallway, Liviu Librescu  proves to be a strong character, blocking the doors of the classroom with his own body. In the meantime, he shouted at the 33 students that were attending the lecture to open the windows in order to get out of that horror, since they were at ground floor. Terrified, they listened to him, and saved themselves in this way, while their professor stayed behind, keeping the door closed. Unfortunately, the bullets strap his body, the impact being  fatal.

“Professor Librescu died as he lived: devoted to his students and his profession”, said Ishwar Puri, Head of ESM Department of Virginia Tech. “He loved being a professor. He was a prolific researcher and an extraordinary professor, devoting himself because of his love for his job. ”

Nevertheless, professor Liviu Librescu is indeed among the outstanding graduates of the Faculty of Aerospace Engineering, who deserves a round of applause for his entire life as a fighter with the destiny, man of science, and exceptional professor, who did the supreme sacrifice for his students. “It is about pleasure!”, said Dr. Librescu in 2005, being asked about the reason for which he continues to work so hard. “If I have the pleasure to do this, than I’ll save time for it. For me, this is happiness. If you are constrained, than you lose your freedom, and I wish to be fluid; I wish to be free as a bird in order to fly anywhere I want. ”

In the aftermath of the massacre from Virginia Tech, a statue with Liviu Librescu’s face was built in the University in order to commemorate his memory, and the President of Romania from 2007, Traian Băsescu, decorated the professor post-mortem with the National Order Star of Romania in Degree of Higher Cross for his scientific achievements and heroism. Moreover, the President of USA George W. Bush paid to Liviu Librescu a tribute after his death.