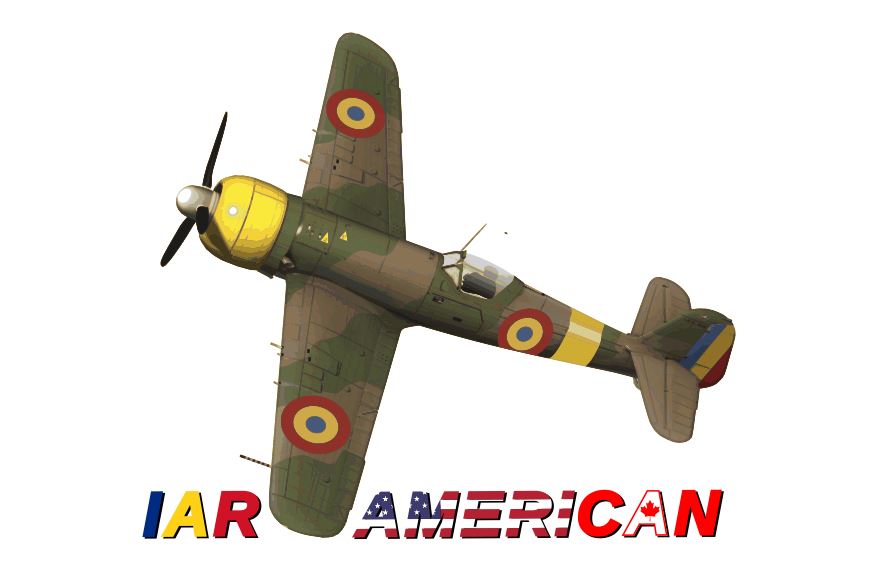 On 18 November 2017 in the Acad. Virgiliu Constantinescu amphitheater, professors and students of the Faculty of Aerospace Engineering met Eng. Pilot Gabriel Iancic, President of the IAR AMERICAN organization and Eng. Sorin Ploscaru, aircraft designer. IAR AMERICAN presented an ambitious project, highly significant for the Romanian aviation: redesigning and manufacturing of a IAR-80 aircraft to fly again. This aircraft represents the peak of the Romanian aeronautical industry in its peak era, before and during WWII. In the same time, the IAR-80 fighter plane is representative for the numerous air victories won by the Romanian Royal Air Force in the war during 1941-1944 against Russian (Soviet) airplanes in the Barbarossa Operation, against American bombers and fighters in the Tidal Wave Operation, and against the German Luftwaffe, defending the country after the Royal Coup of 23 August 1944.

Gabriel Iancic is alumnus 1997 of the Faculty of Aerospace Engineering, specialization On Board Equipment and Installations. He lives in Canada since 2000 and is a frequent presence at the North American air shows, flying a number of sports aircraft, experimental, historic, both replicas and original aircraft. He is passionate of both flying and the technical side. Even since he was still in Romania, he repaired and released for flight a Zlin Z-726 which had been damaged in an accident. This continued to fly within the Romanian Airclub, based at the Pitești Geamăna Aerodrome. During a visit to Romania, Gabriel Iancic met a number of experts in aviation history, engineers, technicians from the old generations, who were at IAR Brașov in the pre-WWII era, with pilots of the Romanian Royal Air Force who have actually flown the IAR-80. The photo taken in November 2017 shows Air Brigade General (Ret) Pilot Ion Dobran, air Ace with 10 war victories, together with Eng. Gabriel Iancic. The air hero who won respect equally from Russian, American, and German pilots approaches his Centenary Anniversary. The Faculty of Aerospace Engineering wishes him good health and strength to continue to inspire our young for high performance aviation. 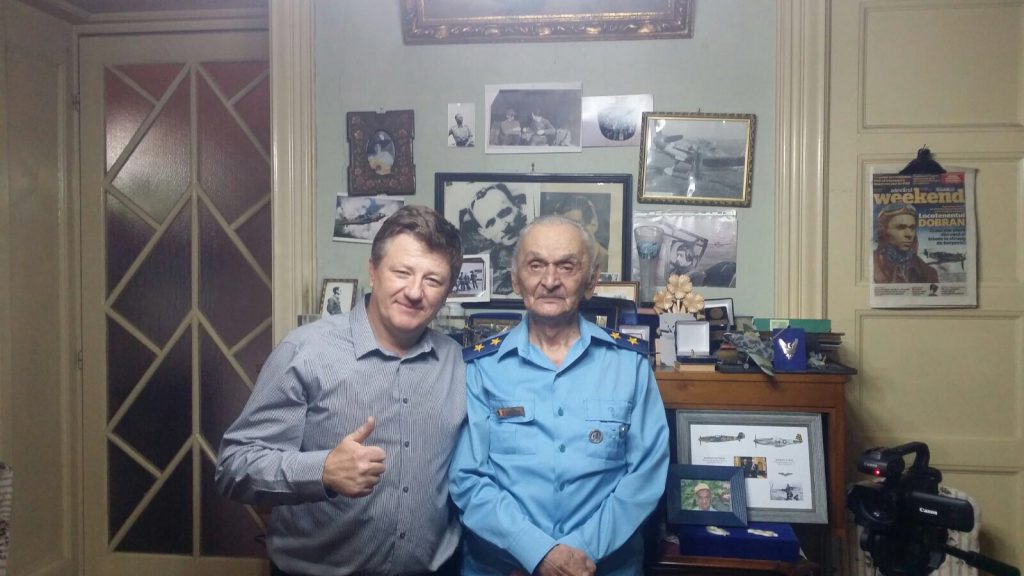 Unfortunately, from the 460 IAR-80/81 units manufactured in 1940-1944, not a single one survived destruction. The replicas exposed at the Aviation Museum and Military Museum in Bucharest have a rather symbolic and artistic value, lacking technical accuracy. Otherwise, most plans, drawings and original manufacturing documentation were lost. There is a possibility that an IAR-80 unit still exists, sunk in the Black Sea, in the Odessa region, but such a search and recovery operation could be extremely expensive.

The IAR-80/81 plane was designed by Prof. Dr. Eng. Ion Grosu, who was equally a graduate and a professor of the Faculty of Aerospace Engineering. The weaponry and manufacturing were done unde the command of  Eng. Mircea Grossu-Viziru. The engine was designed and manufactured by Eng. Teodor Gârneț.

The IAR AMERICAN organization took the road of recovering as many original drawings as possible, manufacturing documentation, and targets the design of a new IAR-80, as close as possible to the original, but using current design technology and modern materials. Here, the students of the Faculty of Aerospace Engineering are expected to help. The young people showed their interest and understood the challenge. The students were encouraged by the the presence of professors Assoc. Prof. Dr. Eng. Octavian Thor Pleter, Lect. Dr. Eng. Grigore Cican,  Lect. Dr. Eng. Mihai Barbelian, and Assoc. Assistant Eng. Arnau Cubillo. 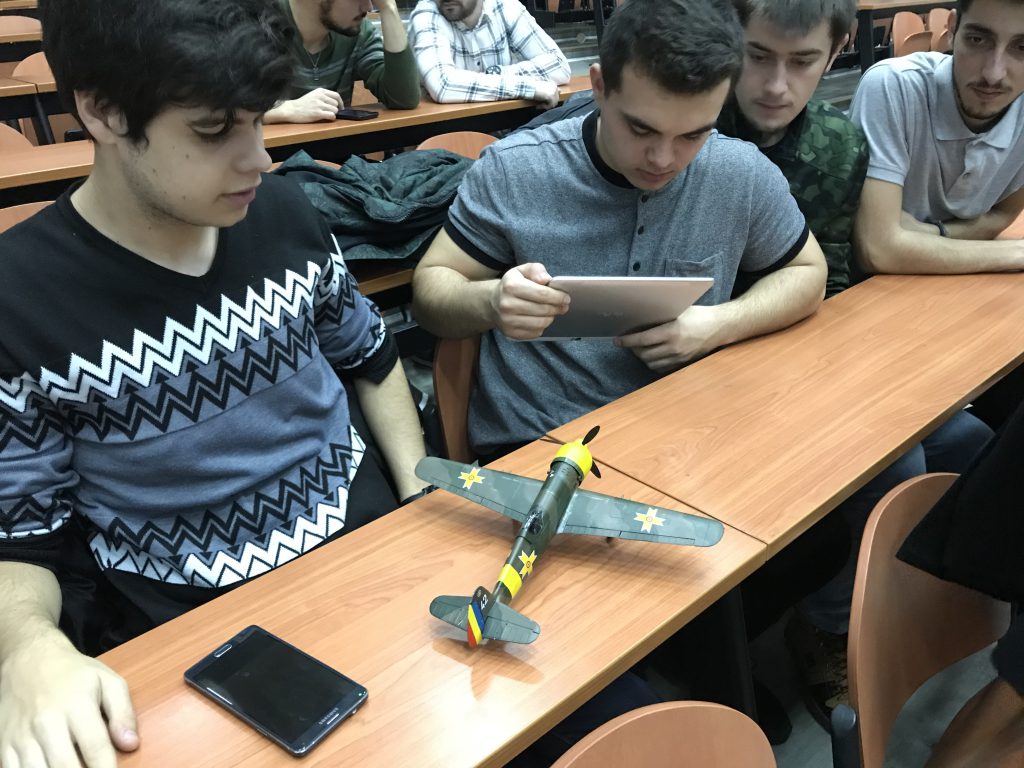 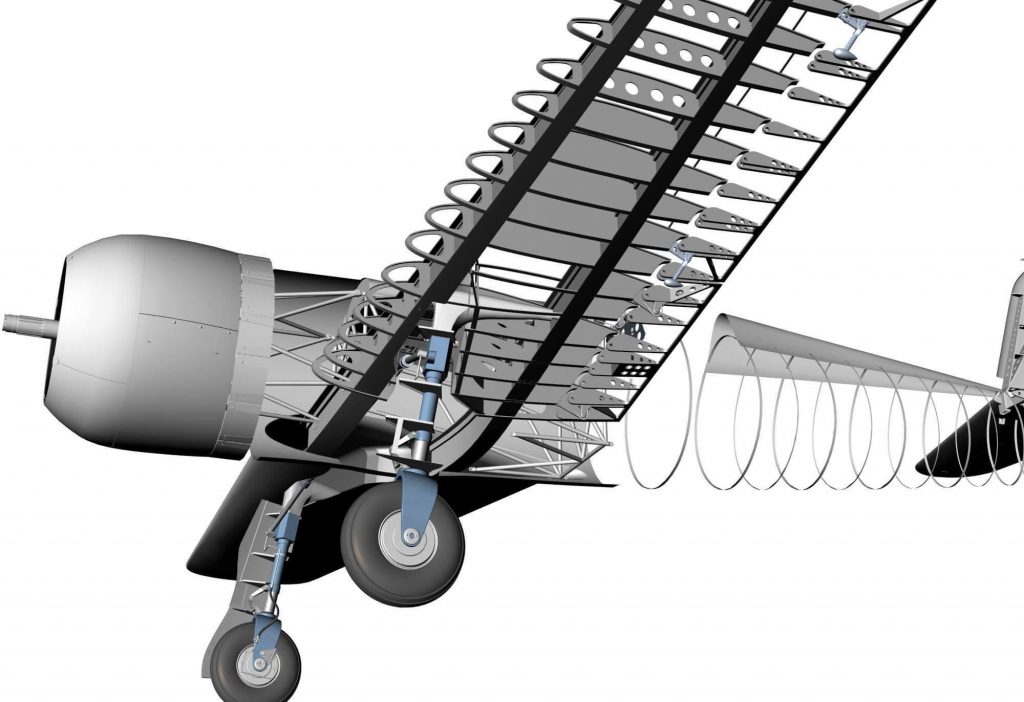 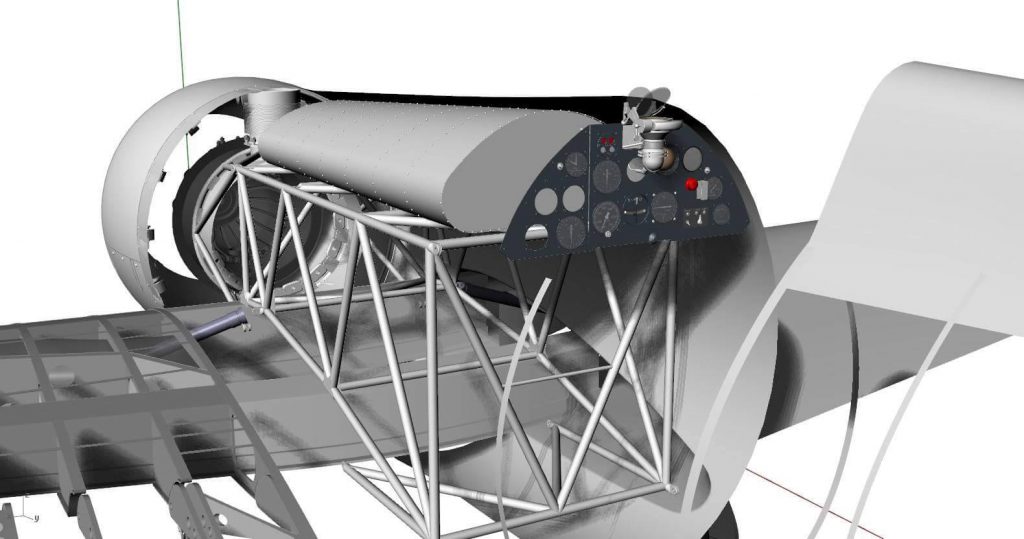 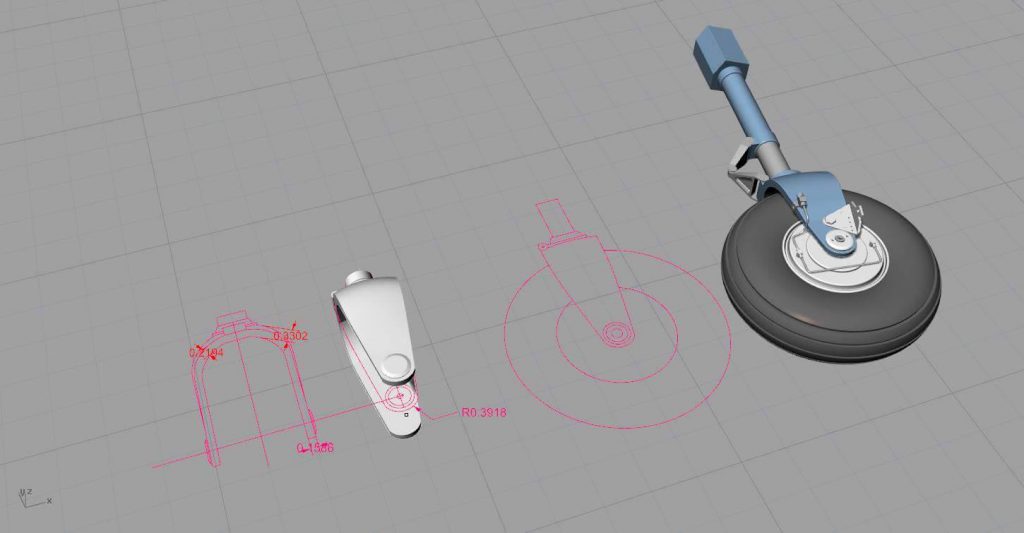 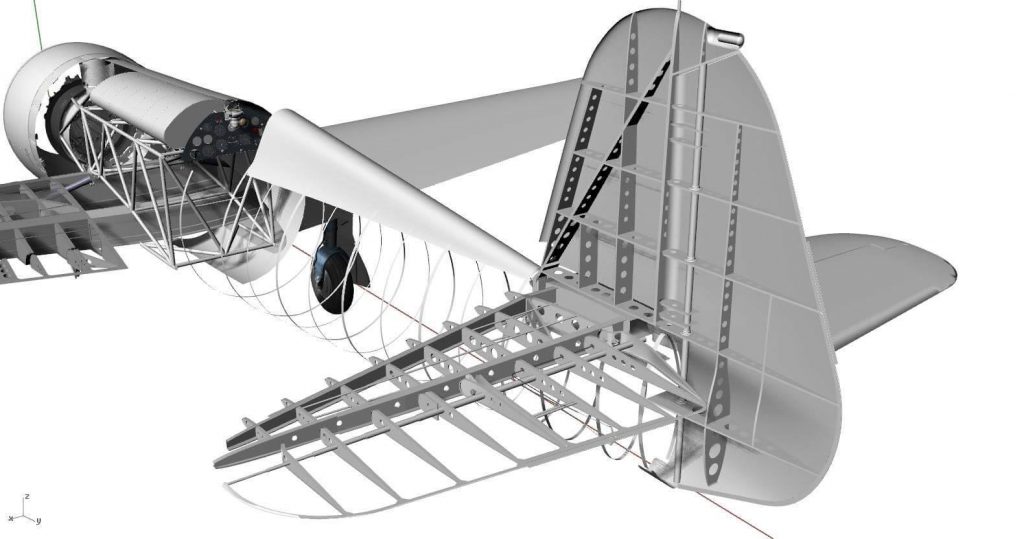 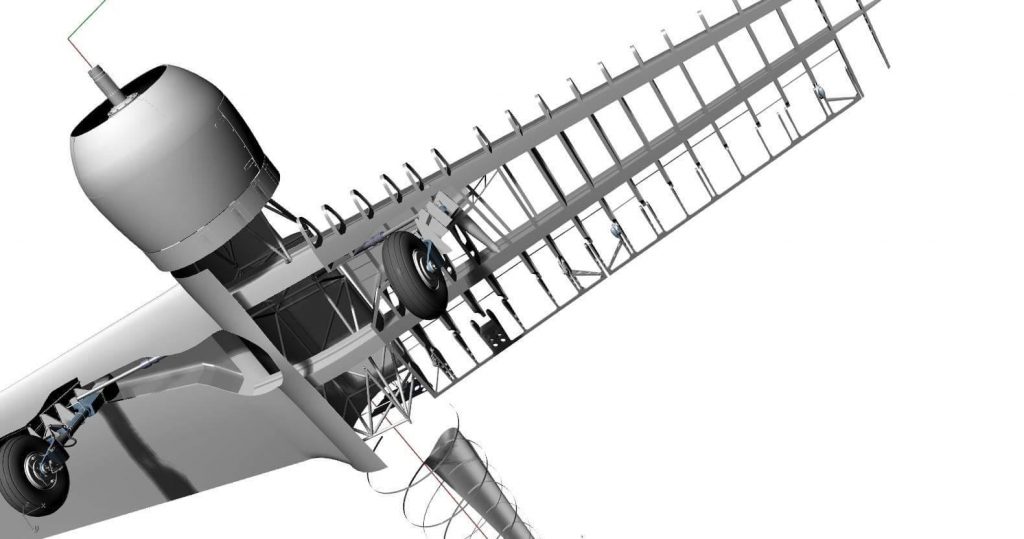 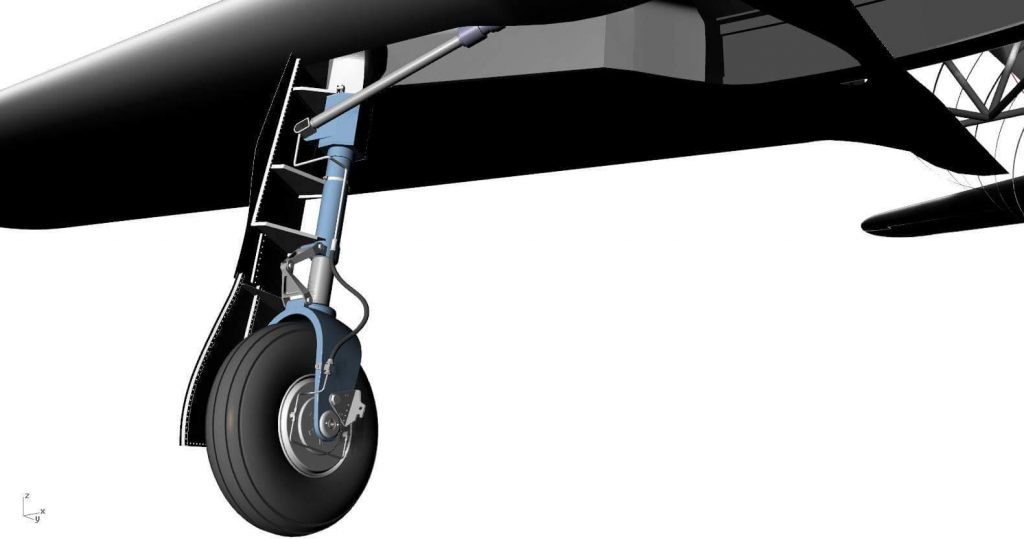 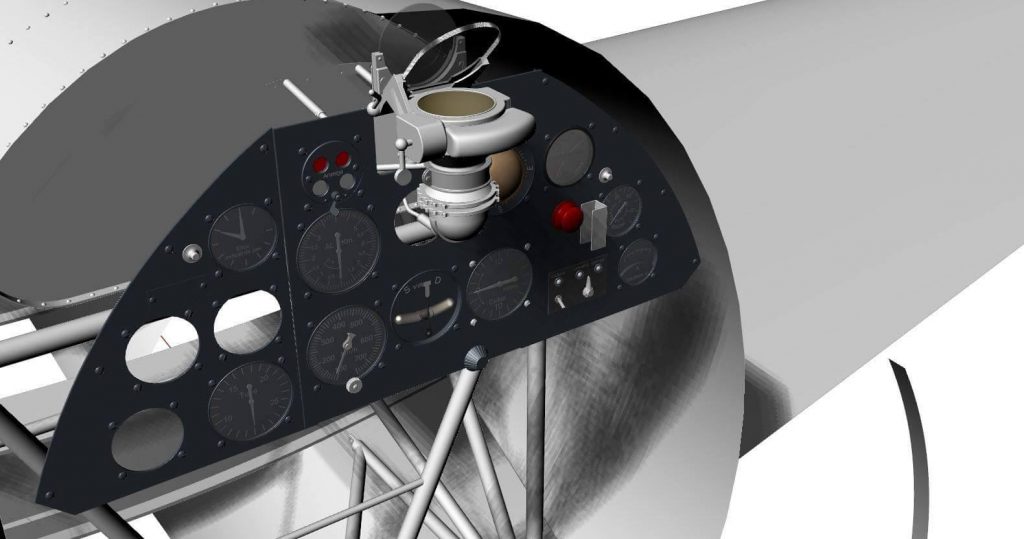 Finally, the participants visited the Piston Engine Laboratory of the Faculty of Aerospace Engineering, where one of the few original IAR-80 engines, the 14-cylinder Double Star K14-IV C32 of 920 HP is maintained. 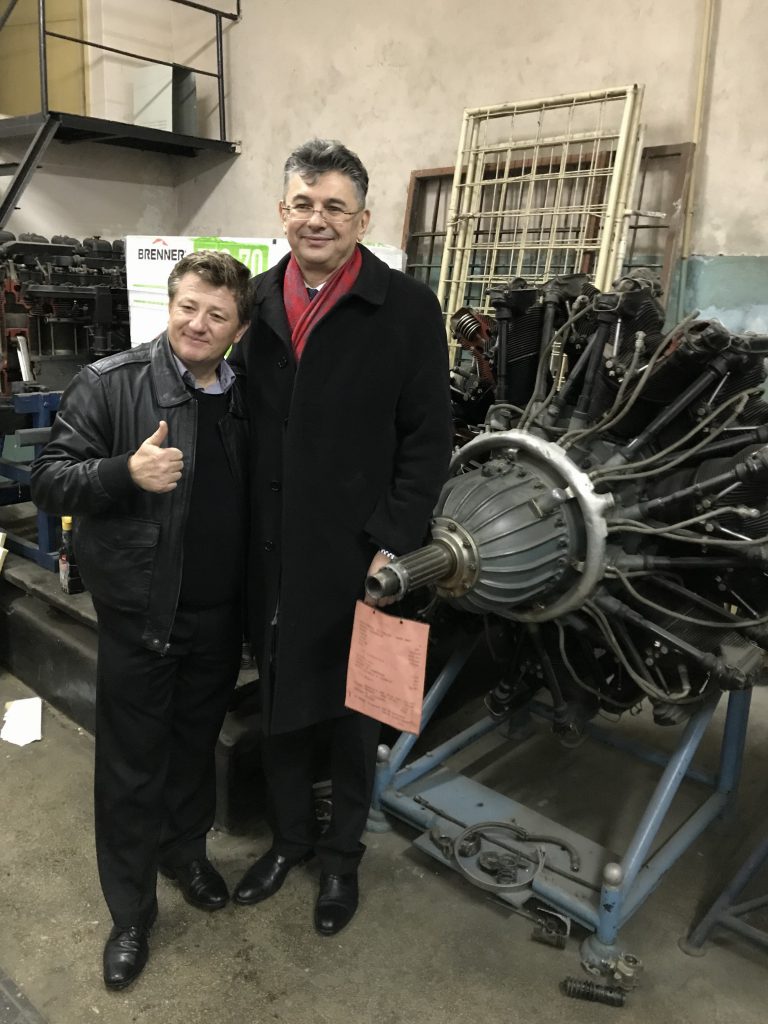