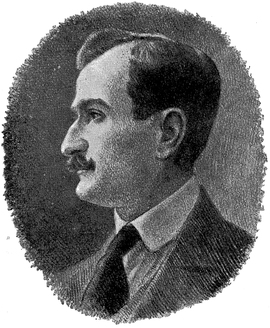 Traian Vuia (also known as Trajan Vuia) was a Romanian inventor and pioneer in the aviation field. He is credited with the achievement of successfully building, thus demonstrating, that a flying apparatus could rise into the air using only its engine and landing gear, taking off from an ordinary road, without the help of ramps.

Vuia was born on the 17th of August 1872, to Romanian parents Simion Popescu and Ana Vuia in a small village called Surducul-Mic, which at that time belonged to the Austrian-Hungarian Empire. He graduated from high-school in Lugoj, in 1892 and decided to enroll in the School of Mechanics at the Polytechnic University of Budapest because of his developing passion for Mathematics, Physics and Technics. After receiving his engineering degree, he returned to Lugoj and became particularly interested in the problem of human flight and he started designing his first flying machine, which he named the “airplane-car”.

He lacked the financial backing needed in order to build this machine, so he also graduated from the Faculty of Law in Budapest in order to earn more money for his project. There he earned a Ph.D. in law in May 1901 with the thesis “Military and Industry, State and Contract regime”. Moreover, he continued his search for funds and decided to go to Paris in order to find other people interested in the problem of human flight, specifically balloon enthusiasts, that were willing to financially back up his project. However, he was met with great skepticism from people that did not believe that a heavier-than-air machine can fly.

A small hope to the project was given by Victor Tatin, a well-known theoretician and experimenter which build a machine that flew in 1879. He showed his interest in Vuia’s project but doubted the stability of both the engine and the aircraft. Following this meeting, Traian Vuia introduced this project to the Académie des Sciences, where he was rejected with the comment:” The problem of flight with a machine which weighs more than air cannot be solved and it is only a dream.”

Undeterred, Vuia began the construction of the aircraft in the Winter of 1903 and the construction of his own 20 HP, carbonic acid-fueled engine in 1904. Receiving financial support from his mentor, Coriolan Braticeanu, Vuia managed to complete the Vuia I in December, 1905. This heavier-than-air aircraft was a high-wing monoplane constructed out of steel tubing. It was nicknamed “The Bat” due to the design of its adjustable, membranous wings made out of varnished linen, mounted on a frame with outwards-radiating steel tubes, for better support. This was the first aeroplane capable of taking off by using only on-board devices, namely the engine and landing gear, which at that time was considered revolutionary, thus cementing Train Vuia’s place in the history of aviation. After completing the building process, the Romanian pioneer began testing his machine in order to see if he actually achieved his dream. He chose a site near Paris, in Montesson, where he got used to the machine without its wings in order to gather experience in controlling it on the ground. The wings were attached in March 1906, and the first powered hop of Vuia I took place in March 18th. After accelerating for about 50 metres, the aircraft left the ground and glided at a height of about 1 metre above the ground for approximatively 12 metres. After that, the engine cut out and the machine was forced to land. Another, more significant, powered hop of “The Bat” was recorded on August 9th, which saw the aircraft fly through the air at a height of 2.5 metres for a distance of 24 metres.

In August 1906, following the hard crash after the second flying test, Traian Vuia improved the aircraft by reducing the camber of the wings and adding an elevator, naming the newly improved version Vuia I-bis. The British aviation historian Charles Harvard Gibbs-Smith described this aircraft as “the first man-carrying monoplane of basically modern configuration”. Despite all these achievements, Vuia had not completely fulfilled his dream of creating an aircraft that was capable of sustained flight.

He continued to bring advances to the world of aviation, by designing Vuia II, which was an improved version of Vuia I-bis with a better engine (a 25 hp Antoinette internal combustion engine) and after that he switched his focus to vertical flying, creating two experimental helicopters between 1918 and 1921.

Traian Vuia has a special place in the history of aviation. He is viewed as one of the most important pioneers in the creation of the first flying machines and his inventions directly influenced the world of aviation at that time.