President Klaus Iohannis at the University Politehnica of Bucharest 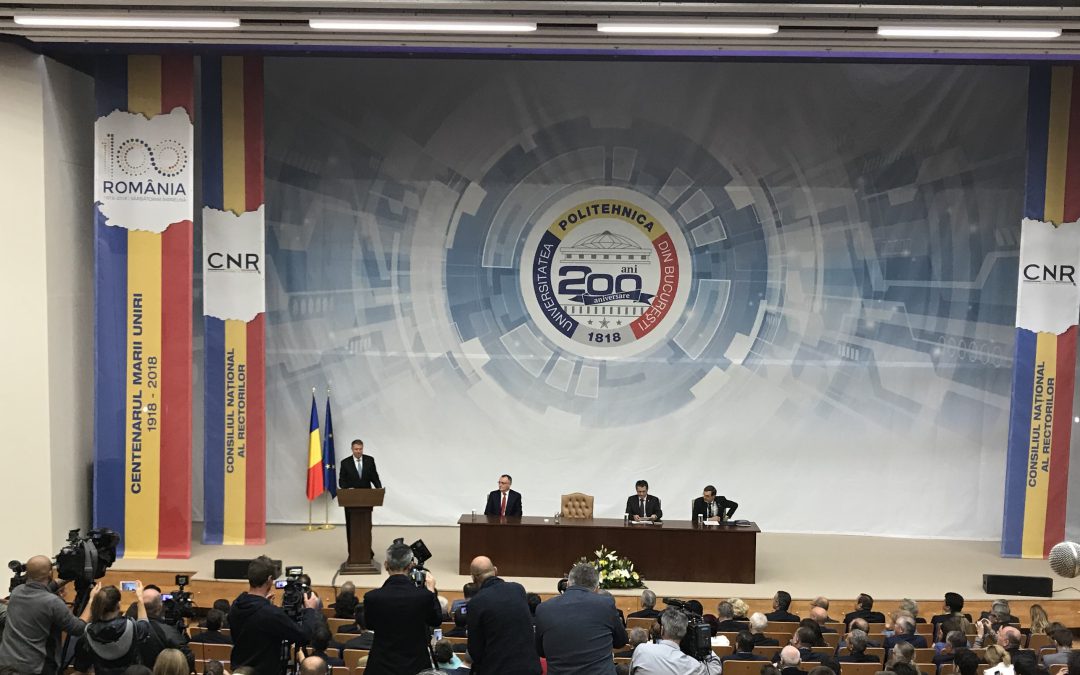 On 4 October 2018 in the New Aula of the University Politehnica of Bucharest, we celebrated 200 years since Gheorghe Lazar founded the first higher technical school in Wallachia, The Academic School for Philosophy and Mathematics Sciences at the Monastery St. Sava of Bucharest. The current University Politehnica of Bucharest evolved from this school, celebrating today 200 years of existence. The event enjoyed the participation of His Excellency, Klaus Iohannis, President of Romania, and also of Sorin Câmpeanu, ex-Minister of Education, and Ioan Aurel Pop, President of the Romanian Academy. Rector Mihnea Costoiu opened the event with a vibrant speech about the values fostered by Politehnica in the Romanian society. We were honoured by the repeated mentions of our mechanics professor for many generations of aerospace engineers, Academician Radu Voinea, and also the mention of cosmonaut Dumitru Dorin Prunariu among the most remarkable alumni of Politehnica in the 200 years of existence.

President Klaus Iohannis mentioned the academic performance of the University Politehnica of Bucharest and encouraged us to sustain it in the international context, in which universities must increase their competitiveness. European universities will be organized as consortia, but such opportunities demand quick adaptations. The President mentioned among the priorities debureaucratization of universities, the existence of a qualified auxiliary staff and curricular adaptation (the whole speech of President Klaus Iohannis). Minister Sorin Câmpeanu addressed the current problems of the Romanian higher education system. The President of the Romanian Academy, Ioan Aurel Pop presented a fascinating vision of the higher education the Romanian language in Transylvanian context, about the activity of  Gheorghe Lazăr.

After the festivity, His Excellency President Klaus Iohannis visited the CAMPUS research center. Among the visited laboratories, he was interested by the the Laboratory of Flight Tests and Experimental Models led by Vice Dean Assoc. Prof. Dr. Eng. Petrișor Pârvu. We got a couple of images. The delegation of this rewarding visit was joined by personalities of the University Politehnica of Bucharest: Mr. Rector Mihnea Costoiu, Mrs. President of the Senate Ecaterina Andronescu, Mr. Vice President of the Senate.Corneliu Burileanu și Prof. Dr. Bogdan Ionescu, coordinator of the CAMPUS Research Center. 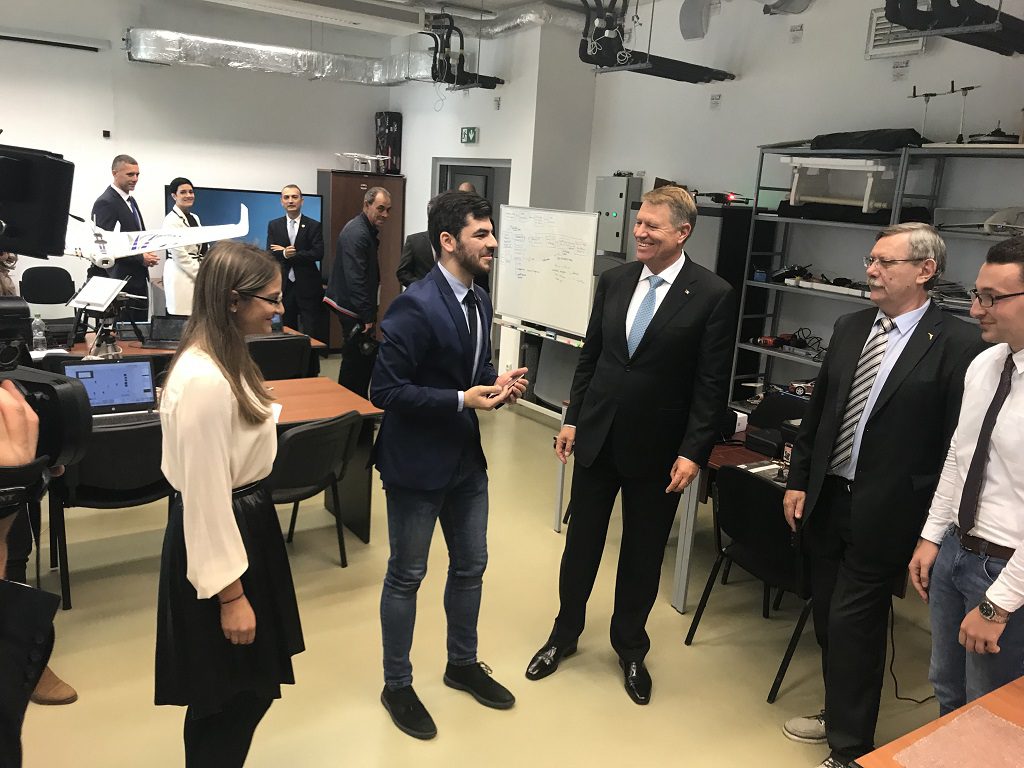 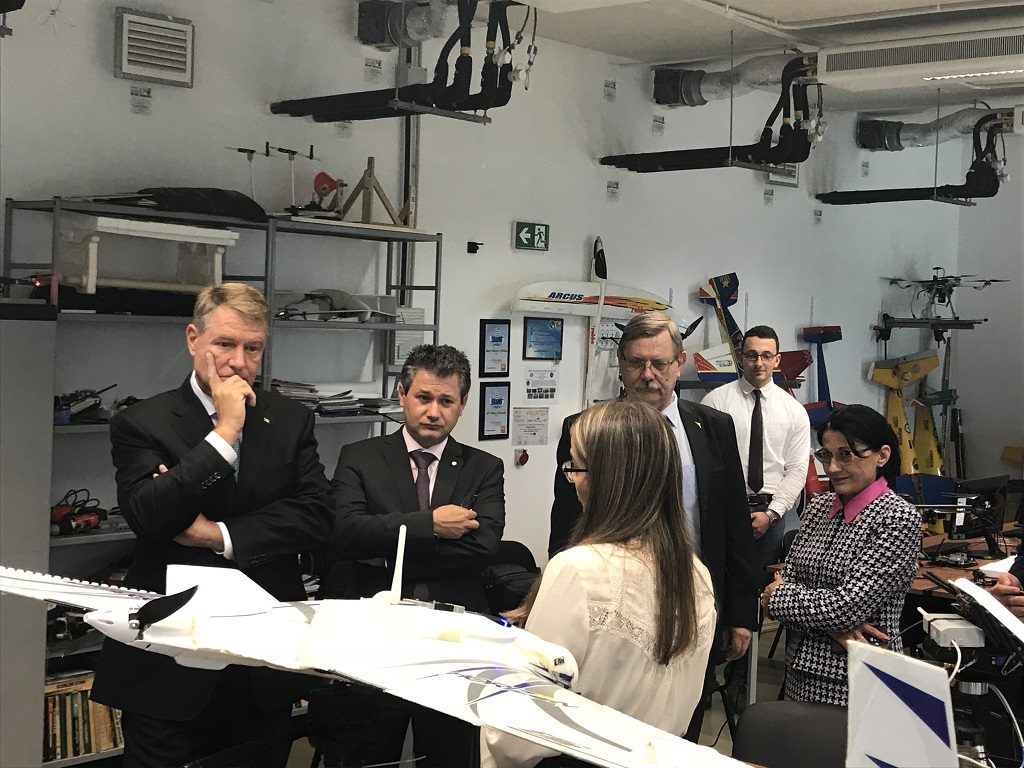 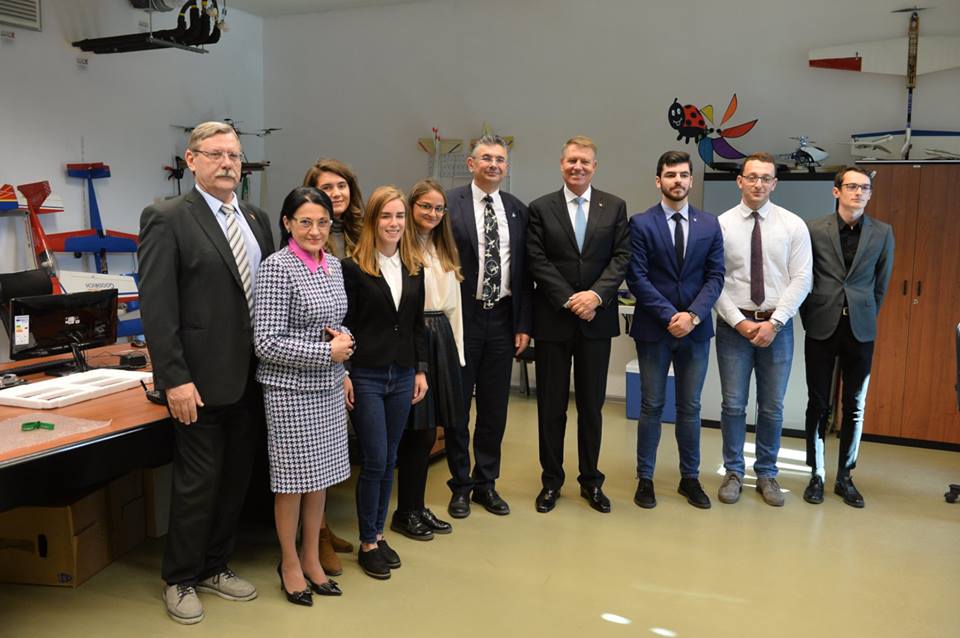