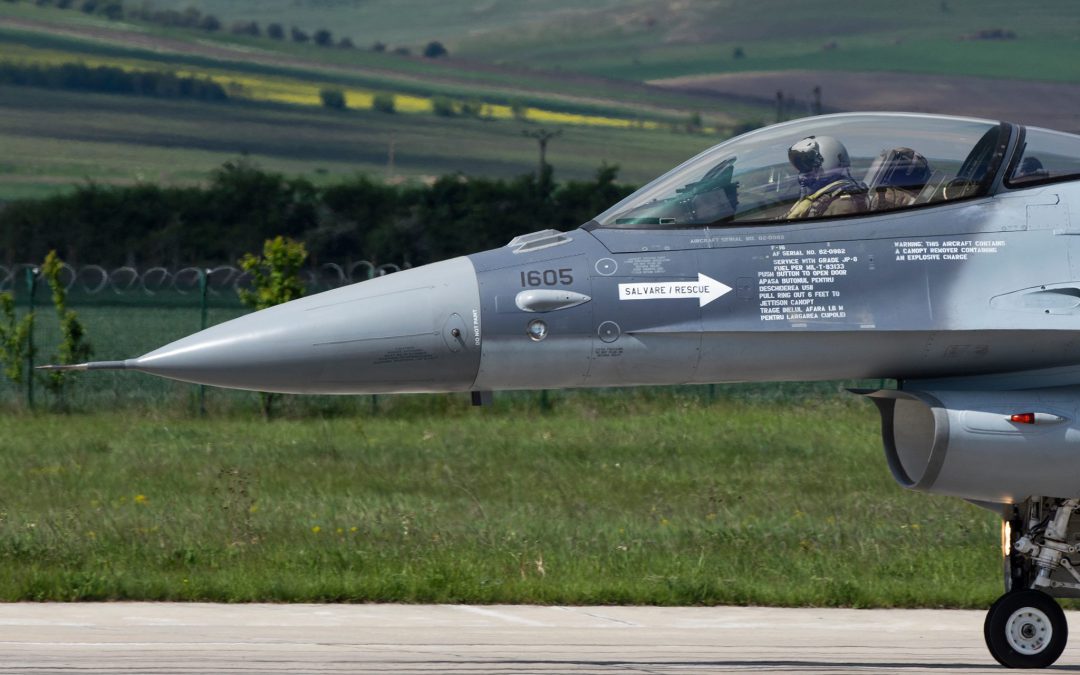 Exercise NOBLE JUMP 2017 – NATO RF and VJTF took place at Cincu, in Romania. More than 4,000 troops have been involved (out of which 2,000 dispatched to Romania within days) from US, UK, Norway, the Netherlands, Poland, Spain and Albania.

The picture shows a F-16 Fighting Falcon aircraft from the 53 Hunter Squadron, 86th Air Base of the Romanian Air Force. During the exercise, the Squadron did combat air patrol missions together with UK Royal Air Force Typhoons. Photo credit: Adrian Dulău Virusu.

Congratulations to the Romanian and allied military forces for the success of the exercise!