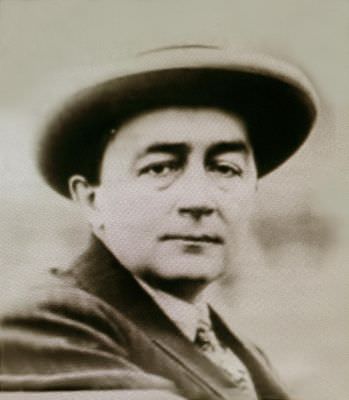 George (Gogu) Constantinescu was a Romanian engineer, scientist, innovator and inventor. He was born in Craiova, on October 4th 1881. His mother was a pianist of Alsacian origins and his father was a renowned Romanian mathematics teacher.

He attended high school in Craiova and finished it in 1899. Constantinescu then applied for the “National School of Bridges and Roads” in Bucharest, which he graduated from in 1904, top student of his year with the highest score ever achieved. He obtained an engineer diploma after doing a project on bridges made of reinforced concrete, a topic that had not been properly explored before, which he presented to professor Anghel Saligny. He was then hired by the engineer Ilie Radu, who supported his daring projects, unlike his former professor, Anghel Saligny. 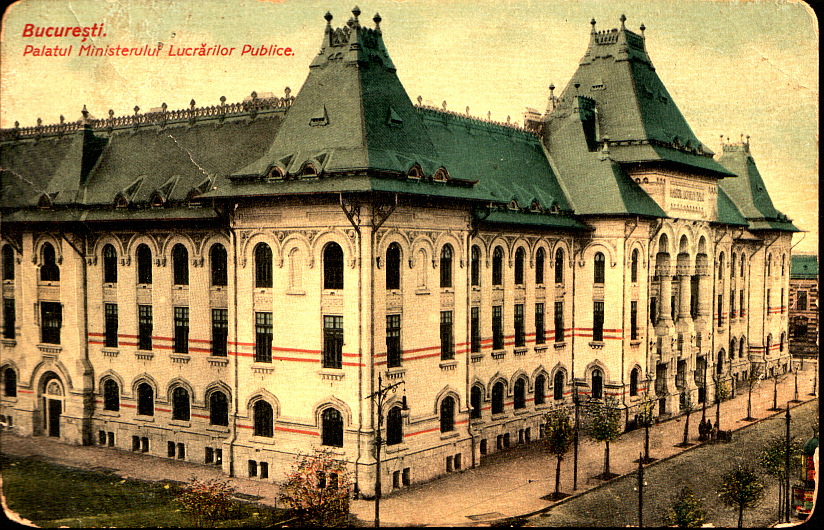 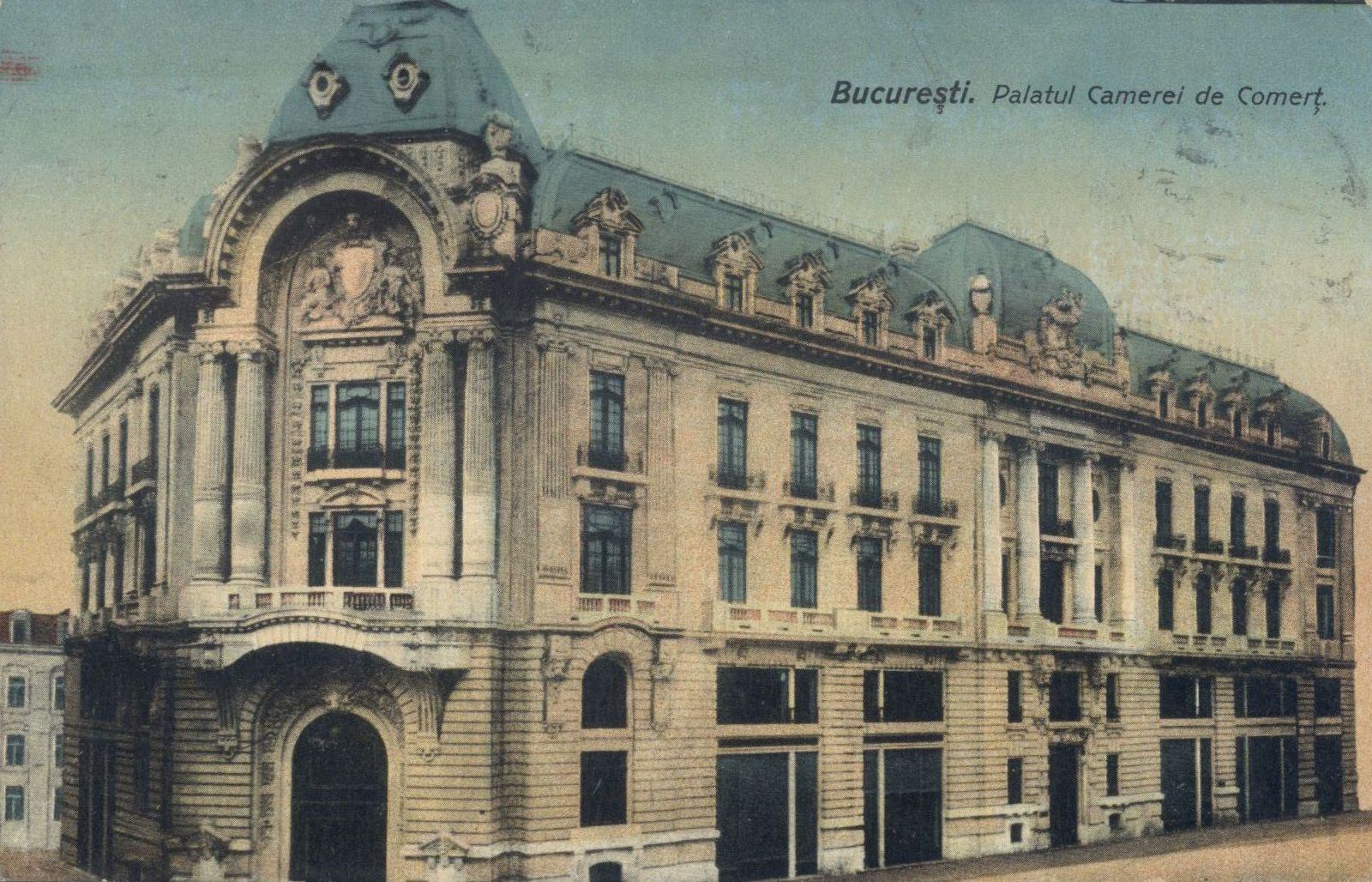 Constantinescu moved to London in 1910, where he put in practice his innovative ideas regarding the use of reinforced concrete and the transmission of mechanical energy through vibrations. Here he began to determine a complete theoretical approach to his ‘sonics’, based essentially on electrical theory. In 1918, he published the book A treatise on transmission of power by vibrations, in which he described his Theory of sonics, a new branch of continuum mechanics. The theory is applicable to various systems of power transmission, but has mostly been applied to hydraulic systems. Later on the theory was expanded in electro-sonic, hydro-sonic, sonostereo-sonic and thermo-sonic. The theory was the first chapter of compressible flow applications and has stated for the first time the mathematical theory of compressible fluid. The laws discovered by Constantinescu, used in sonicity, are the same with the laws used in electricity. 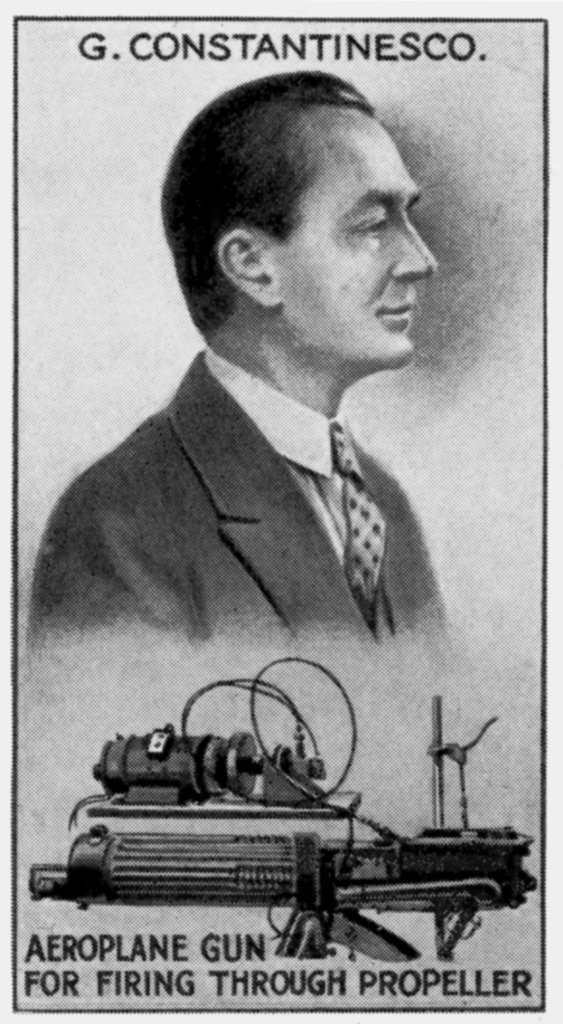 The first application of his theory was the hydraulic machine gun synchronization gear   (Constantinesco Fire Control Gear) which allowed airplane-mounted guns to shoot 1200 bullets per minute between the spinning blades of the propeller without bullets striking the blades. It was developed after Major Colley, the Chief Experimental Officer and Artillery Adviser at the War Office Munitions Invention Department, became interested in Constantinescu’s theory and worked with him to determine how his invention could be put to practical use. The new gear had several advantages over all mechanical gears: the rate of fire was greatly improved, the synchronization was much more accurate, and above all it was readily adaptable to any type of engine and airframe, instead of needing a specially designed impulse generator for each type of engine and special linkages for each type of aircraft. In the long run it also proved far more durable and less prone to failure.  From November 1917 the gear finally became standard, being fitted to all new British aircraft with synchronized guns from that date up to the Gloster Gladiator of 1937. 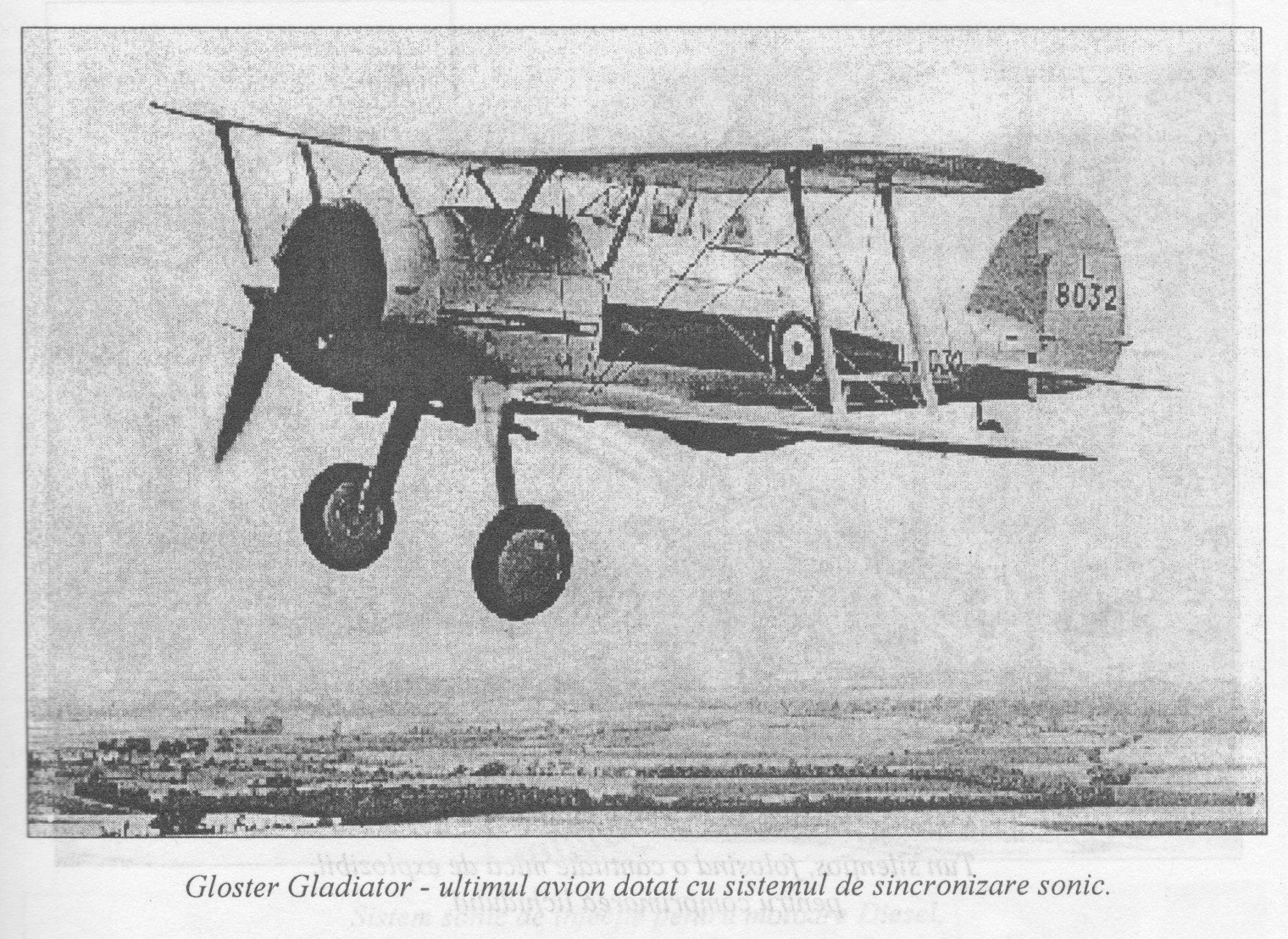 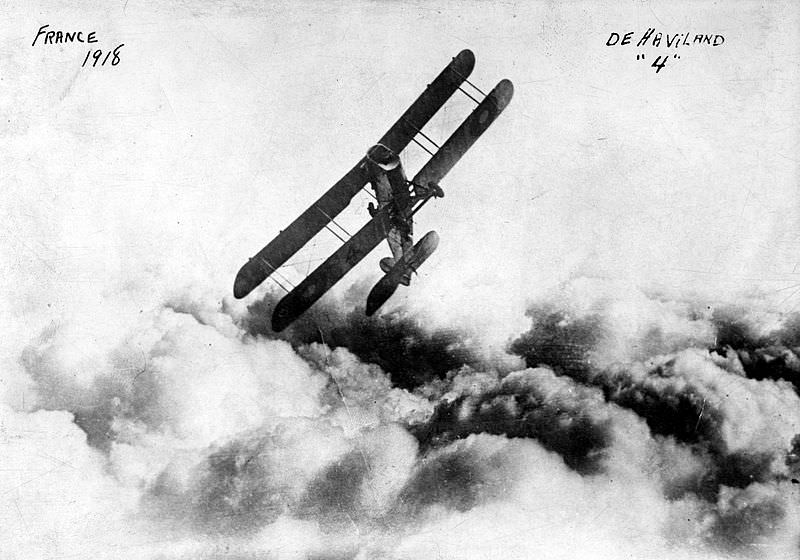 No. 55 Squadron’s DH.4s arrived in France on 6 March 1917 fitted with the new gear, followed shortly after by No. 48 squadron’s Bristol Fighters and No. 56 Squadron’s S.E.5s. Over 6,000 gears were fitted to machines of the Royal Flying Corps and the Royal Naval Air Service between March and December 1917. Twenty thousand more “Constantinesco-Colley” gun synchronization systems were fitted to British military aircraft between January and October 1918, during the period when the Royal Air Force was formed from the two earlier services on April 1, 1918. A total of 50,000 gears were manufactured during the twenty years it was standard equipment. By early 1918 Constantinescu had built a reputation as a major contributor to the war effort. The Admiralty wanted more from him and financed the construction of a sonic’s laboratory at West Drayton, where he continued to pursue a broad range of experimental approaches.

In 1923 he came up with a mechanical torque converter actuated by a pendulum. This was applied to the Constantinesco, a French-manufactured car. It was also tried on rail vehicles. A 250 hp petrol engined locomotive with a Constantinescu torque converter was exhibited at the 1924 Wembley Exhibition. The system was not adopted on British railways but it was applied to some railcars on the Romanian State Railways. 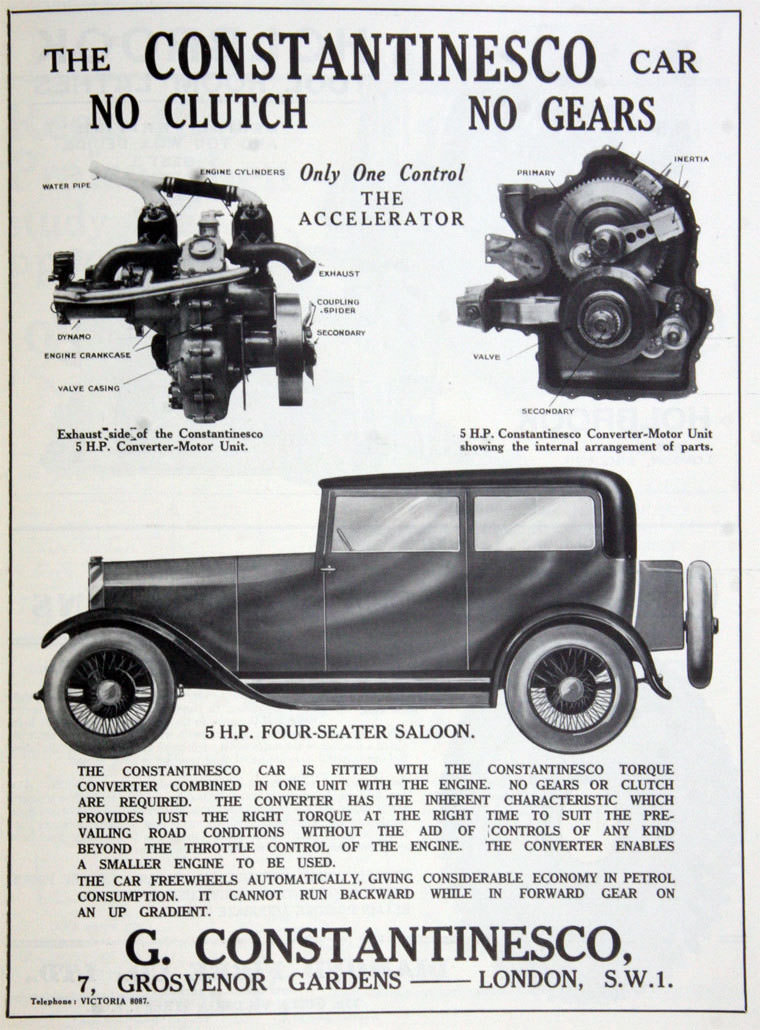 He was an honorary member of the Romanian Academy. Constantinescu was considered one of the 17 leaders of the scientific world. His recognition at worldwide level is attested by a picture entitled Leaders in the March of Progress, published by The Graphic, where he appears next to Einstein, Edison, Marie Curie and others. 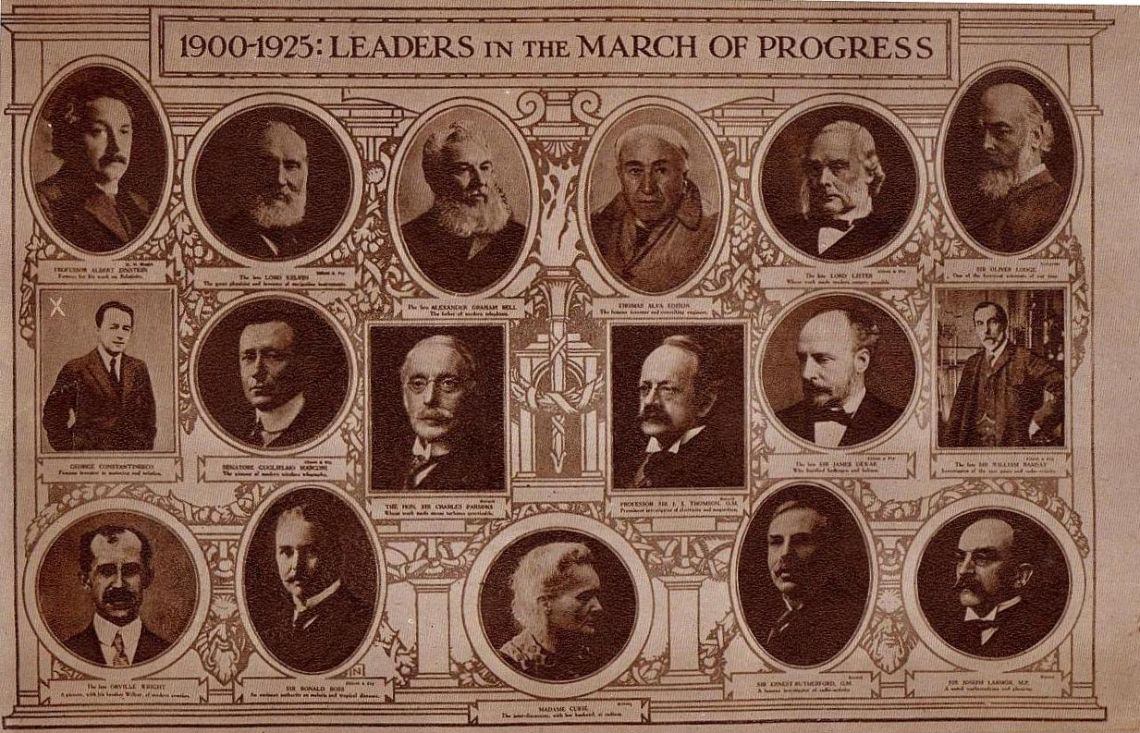 He had several patents for improvements to carburetors. He also devised a hydraulic system for operating both the valves and the fuel injectors for diesel engines. Constantinescu continued to work on his inventions in his workshop on the shores of Lake Coniston until his death in December 1965.

Constantinescu had over 317 patents, many of them patented in Denmark, Swiss, Austria, Germany, United Kingdom, France, USA and Romania. A short calculation shows that from his first invention in 1907 until his death in 1965, a patent was issued on average every forth month.