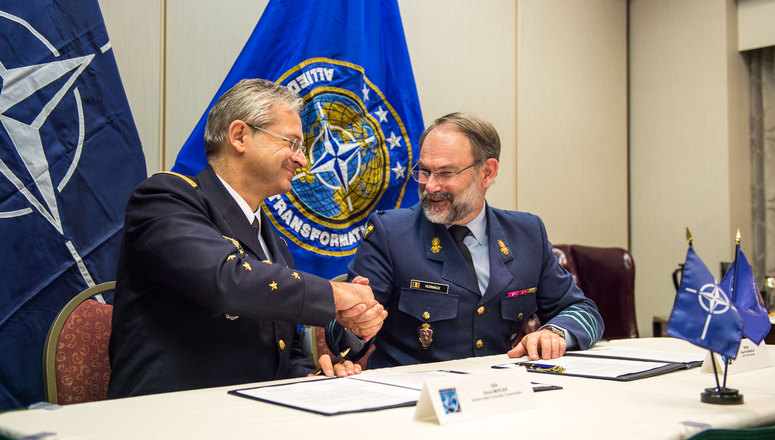 On 7 July 2017, 1 pm, in the Senate Room, the University Politehnica of Bucharest awards the title of Doctor Honoris Causa to Major General (M Sc Eng) Albert HUSNIAUX (to the right, in the picture, courtesy of NATO). The academic community of the Faculty of Aerospace Engineering is invited to participate to this event. Major General (Air Force) Albert Husniaux is a Master of Science in Engineering, specialized in mechanics, ballistics, aeronautics and astronautics. He has been NATO’s Chief Scientist since 2012 and chairs the Board of NATO’s Science and Technology Organization, NATO’s premier forum for Science and Technology co-operation among its Member Nations. On 6 July 2017, General Husniaux will deliver a lecture on space propulsion at INCAS, of exceptional interest to the faculty staff and to the students of our faculty, especially related to the research program with ESA of the Aeronautics Research Center of Advanced Studies on Aeronautics and Astronautics and to the recently Airbus Safran Launcher prize awarded to a team of students of the Faculty of Aerospace Engineering at Paris Le Bourget.